The first thing I did was write a prologue and shared it with friends and family. Everyone loved it and wanted to know who the murderer was. Enthused by their praise and a feeling of false bravado, I sat back and asked myself, "Now what?" I knew how the book would end, or thought I did, but what do I put in the middle? Seemed like a pretty important thing to add. So, I did what some (if you're like me) first-time writers do. I added in everything but the kitchen sink. Filled a bunch of pages, and after printing out 325 pieces of paper, sat down to read my masterpiece. Feeling quite proud of myself, after all it only took six months, I was certain my destiny as a writer was well on the way to fame and fortune.

The surprising thing was that no one wanted to publish my great American novel. I received enough rejection letters to cover the walls of my entire downstairs. Undaunted, I once again asked myself, "Now what?" I made several cold calls to publishers and finally reached a soon-to-be-retired publisher who loved the idea of the book. Feeling like my journey was headed in the right direction, I sent my precious manuscript and waited for her glowing review. Instead, she provided me with brutal, but much needed, honesty. "There are parts that I really like but this isn't a book and no one will publish it the way it is." Crushed, I had to figure out why.

So I reread my future New York Times bestseller and discovered the problem. I had combined two books into one - Paradox Forged in Blood (PFIB) and what will be my second novel, Growing Up O'Malley. Working on a split screen, I separated content into each of the two books. I was left with two half books which meant my initial book, PFIB, was once again missing a lot of pages. Returning to my new favorite mantra, Now What, I had to figure out what my next step would be. I remembered the old adage, write what you know. Seemed like a good idea, but what did I know that would interest anyone else?

History has always been a favorite subject of mine, especially stories about the Nazis. Since I've probably seen just about every documentary on the subject, my son told me I could teach this portion of history. Now getting up in front of high school students to impart my wisdom, while shaking and stammering (speaking to crowds has never been been my forte but it's one I will conquer) in addition to the absence of a teaching certificate, this was not an appealing career choice. But, wait. My book is set in the 1930s through the 1940s, so I could easily fill the gaps with characters who lived through atrocities and times of self-sacrifice. I was finally on my way. My next, and most important step, was finding an editor who enjoyed my writing style and provided editorial assistance. Lorraine Fico-White of Magnifico Manuscripts was the perfect editor and we became friends over the years. Working together, I rewrote my novel six separate times until we were finally satisfied. I always told Lorraine that I knew in my heart this book would be published ...

Up Next - Steps to get my book get published.

Featured in "10 Books We Think You Should Read This Fall" 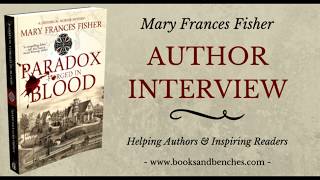